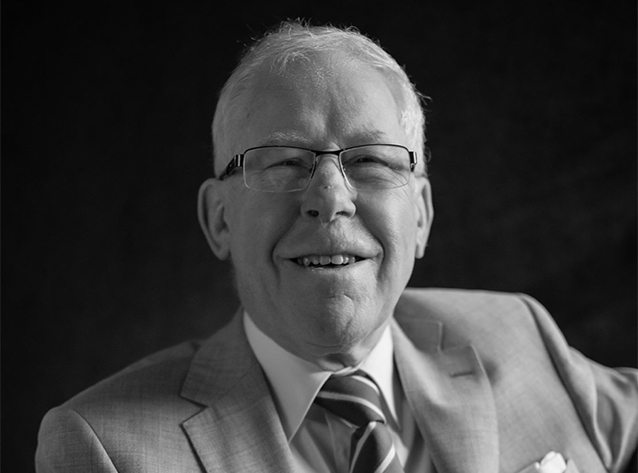 To commence the Old Aloysian Hall of Fame 2020, we will be recognising Class of 1965 alumnus Professor Frank Dunn for his services to Cardiology and the Community.

On Tuesday, Professor Dunn, Honorary Professor at the University of Glasgow and former President of the Royal College of Physicians and Surgeons of Glasgow, was recognised as the first inductee into the Old Aloysian Hall of Fame 2020.

Professor Dunn addressed the pupils at our Senior School assembly about his time as a young Aloysian and his extensive career in medicine. The assembly began with him speaking about his time at the College, about his fond memories of the Jesuit education he received, the principles he was taught and the lifelong friends he made during his time on The Hill.  He shared with the pupils how he felt extremely fortunate to be a part of the Aloysian Community, so much so that he returned to the College in 2001 where he served on the Board of Governors until 2013!

Professor Dunn concluded his talk by explaining to pupils the importance of kindness in the medical profession, and in life, and how the power of kindness can change the world that we live in.

Professor Dunn attended St Aloysius’ College from 1954-1964 and after leaving he continued his studies at Glasgow University, before jetting off to the USA to further his knowledge in his field. Here he worked at the Ochsner Medical Institutions in New Orleans and was Assistant Professor of Medicine at Louisiana State University. In 1983, he returned to his hometown and worked at Stobhill hospital as a Consultant Cardiologist, where he established himself as one of the leading heart specialists in the UK.

Professor Dunn has dedicated his life to helping and caring for others and since hanging up his stethoscope, he has continued his work in published journal articles and book chapters.

Professor Dunn is a Past President of The Royal College of Physicians and Surgeons of Glasgow, retired Consultant Cardiologist at Stobhill General Hospital and Honorary Professor in Cardiovascular Medicine at the University of Glasgow.  He received a CBE in 2014 for services to Cardiology and the Community.