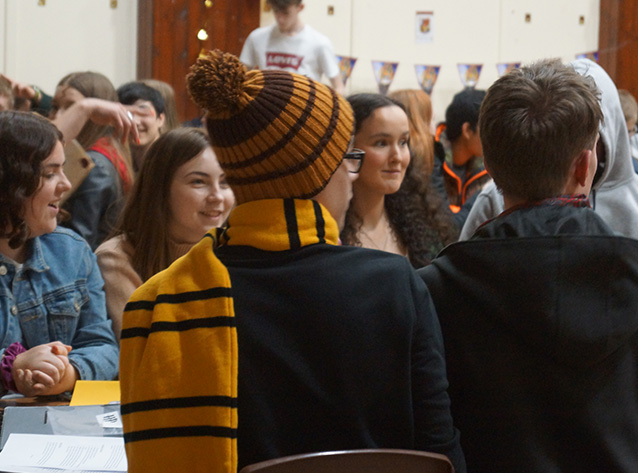 Yesterday, the new S5 took part in the first ever 'Great Harry Potter Hunt' on campus as a team-building event and as a reward for their hard work during exams.

The teams were on the hunt for Harry Potter character tokens of varying value and the elusive Golden Snitch. They took part in various teacher-devised challenges to earn their tokens. The Junior School were also involved and P1A got the older pupils thinking when they set the first challenge and awarded the first tokens.

A magical time was had by all!